Thank you! Your submission has been received!
Oops! Something went wrong while submitting the form.
Get in touch.

Comedy Central Roast is a Dutch television program that is broadcast on Comedy Central. The program is based on an American format. Each season consists of one episode in which a famous Dutchman is central. In addition to the central guest, there is a roast master, who is the presenter of the show.

After Gordon and Giel Beelen, Johnny de Mol follows in their footsteps and takes place in the throne of the Comedy Central Roast hotseat and is put on fire by his 'frenemies', consisting of a panel of famous Dutch and Belgium people who are colleagues, friends and enemies.
‍
We started this campaign by making PR photo’s of all the participants called Roasters. Johnny de Mol was already photographed by his management to create early announcement content. 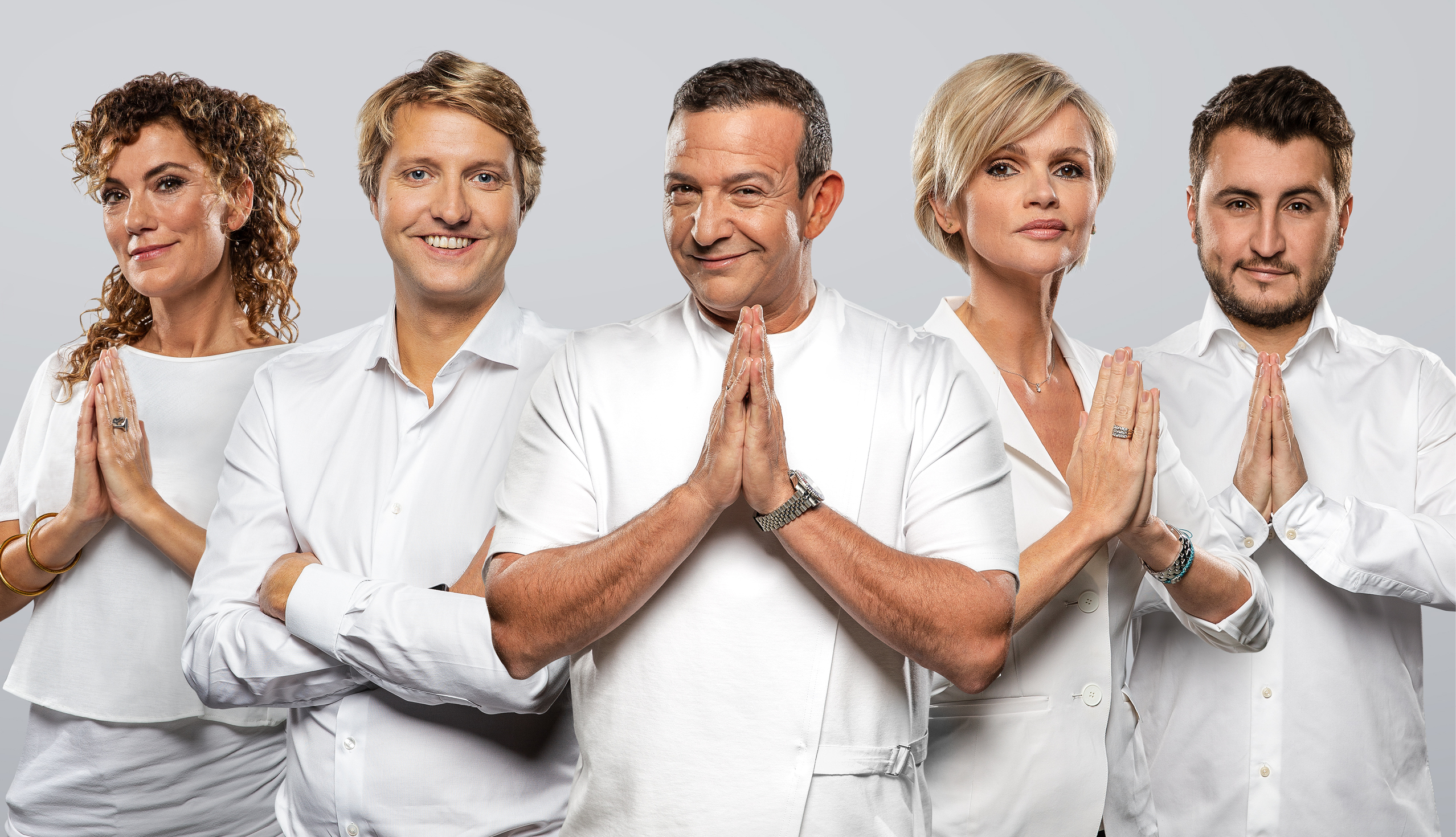 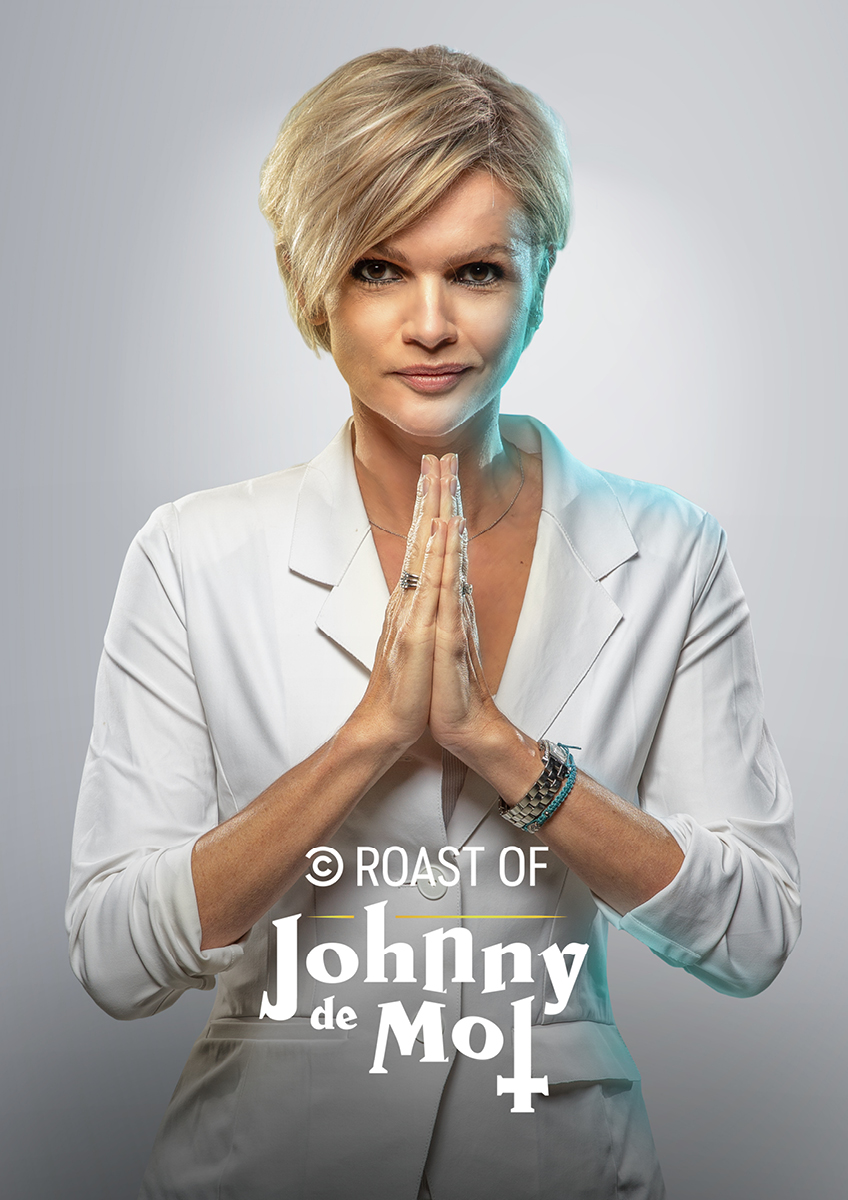 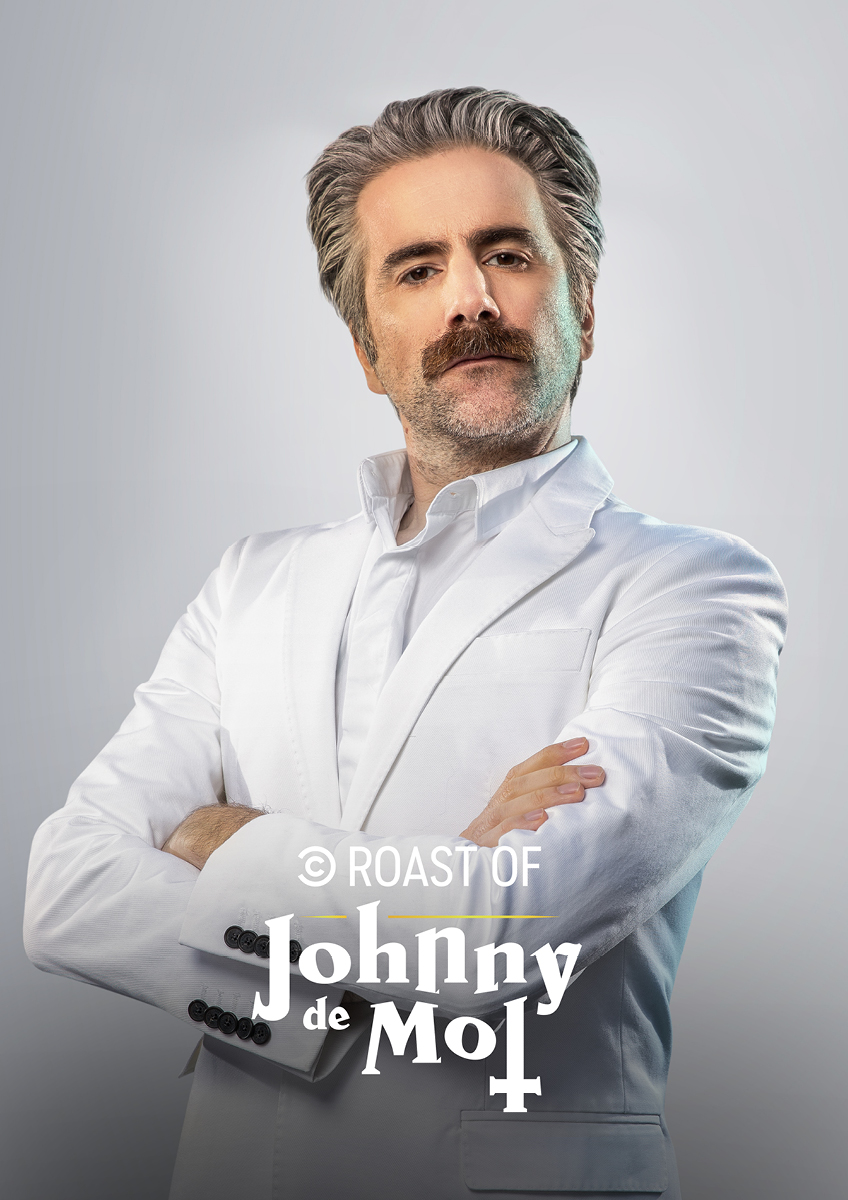 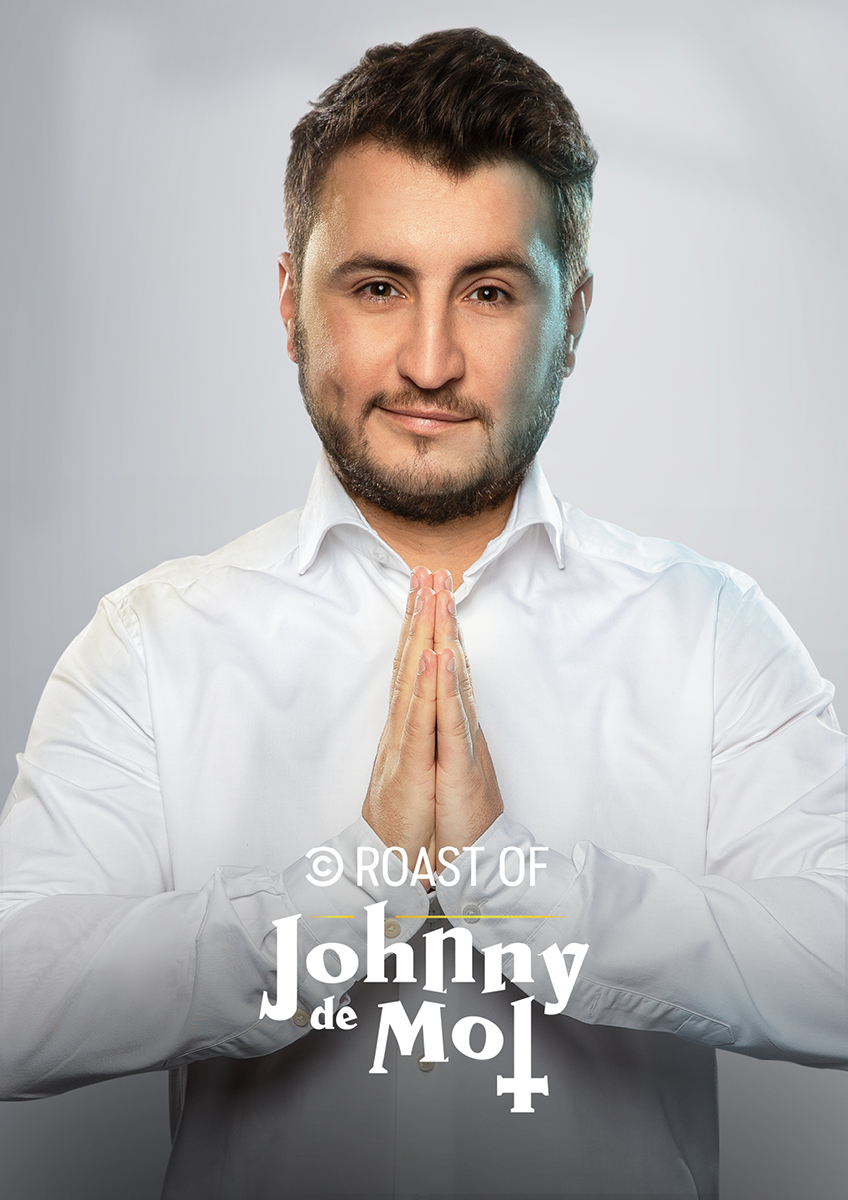 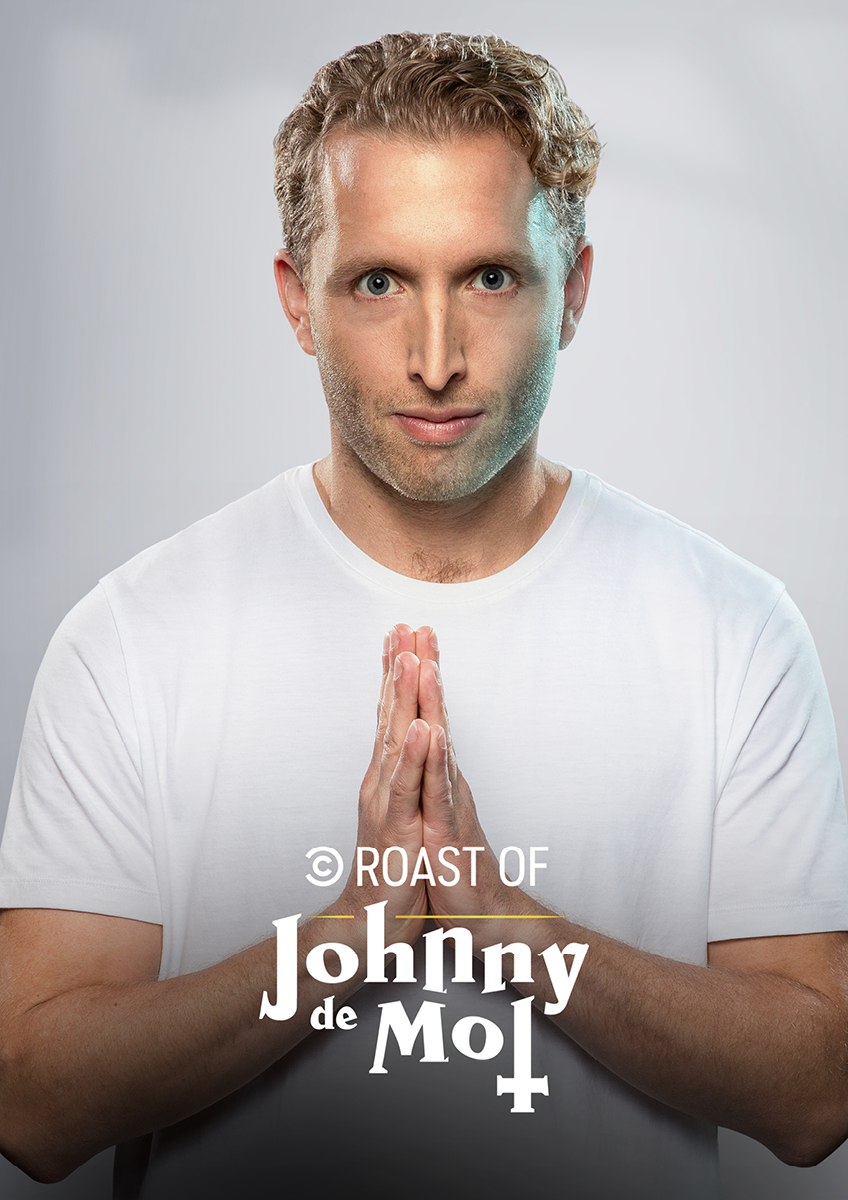 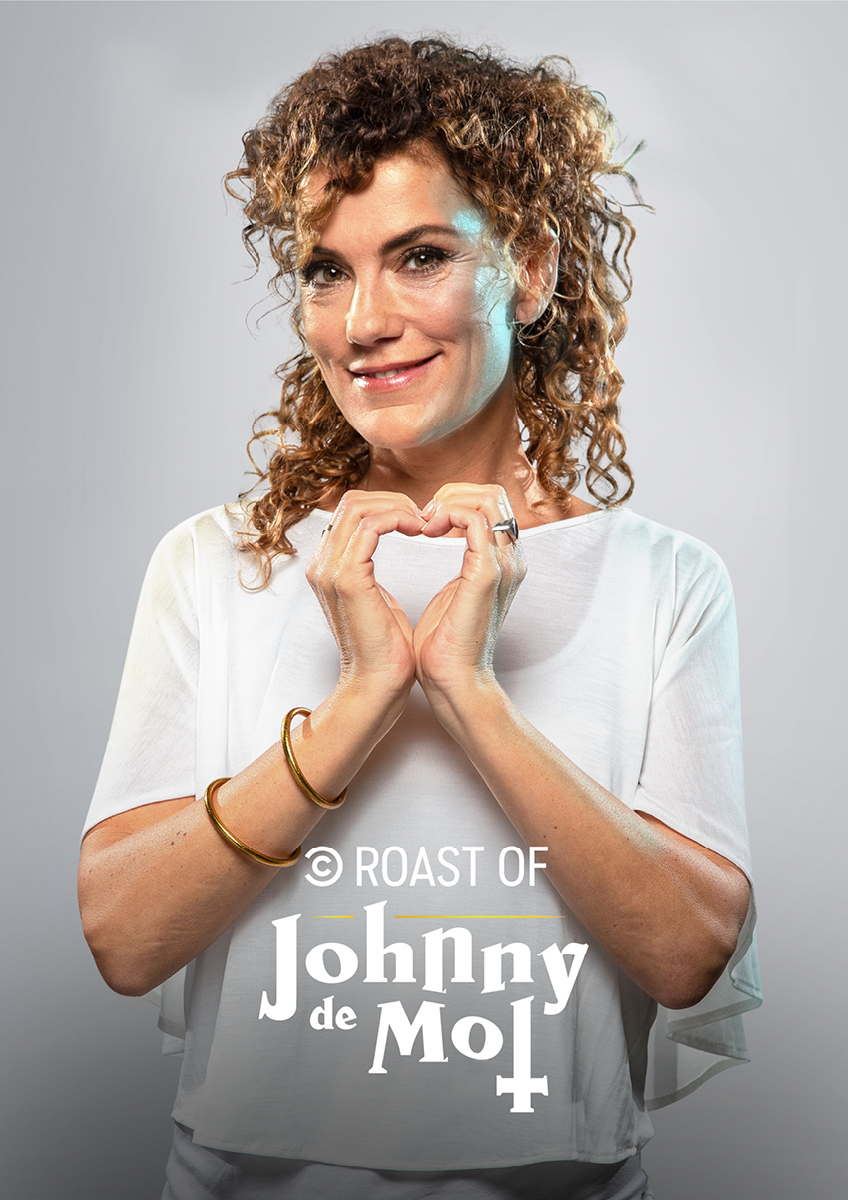 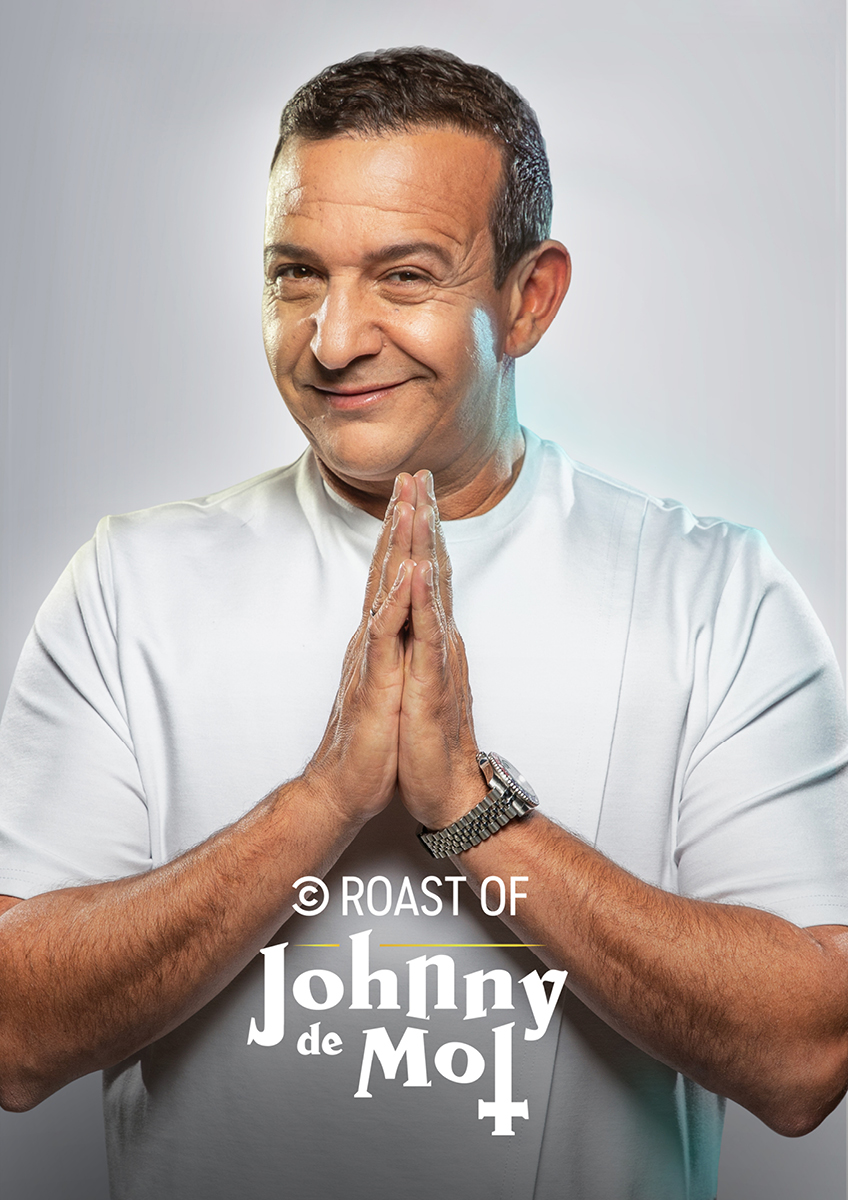 Johnny de Mol as God in his holy Media Empire

Johnny comes from a well known media family with aunt Linda de Mol and John de Mol jr. as a father. So CC portrayed him as the modern times Jesus Christ. As the main visual identity style we’ve fused a stained glass church window into the ‘No Signal TV’ visual. Creating consistency Comedy Central briefed us with shooting the Roasters in praying position. All these elements created the promotion material for The Roast of Johnny de Mol. We’ve had a blast working together with so many different links like managements, booking agencies and several people within the Viacom CBS company. 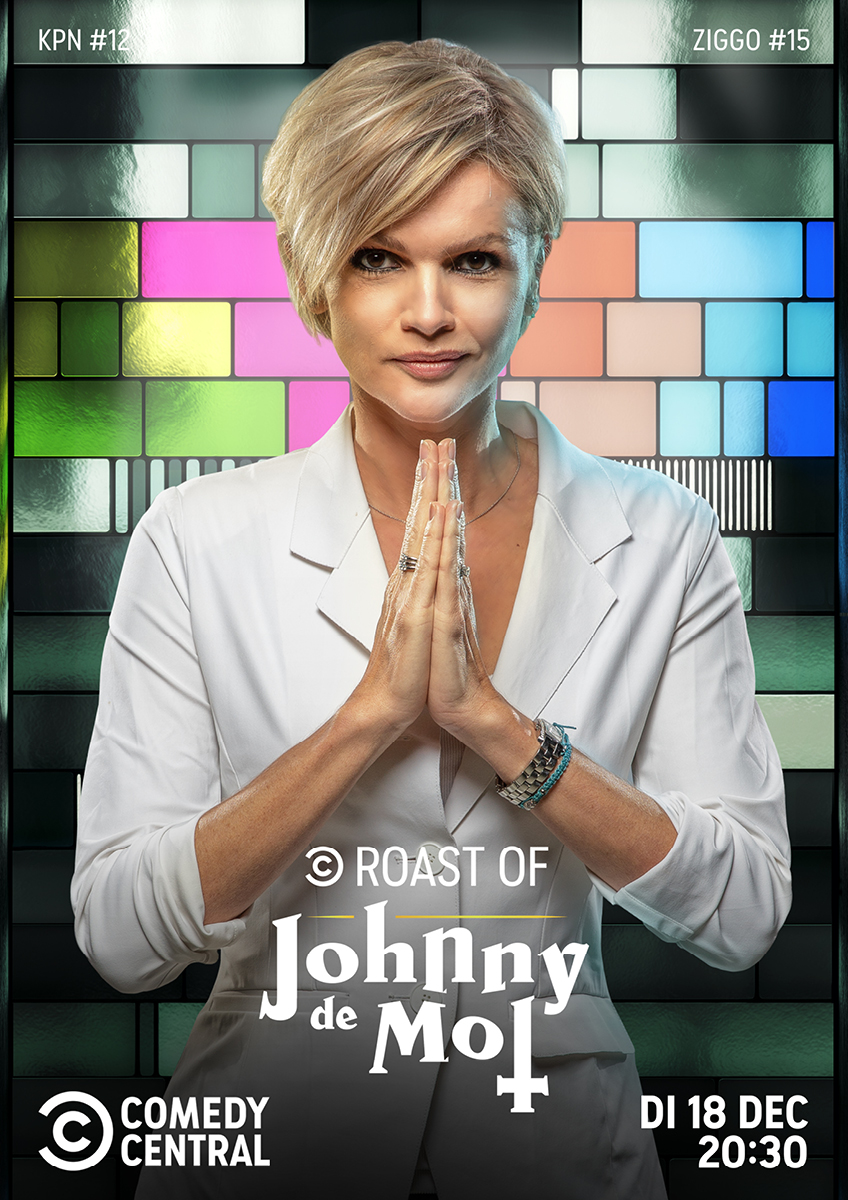 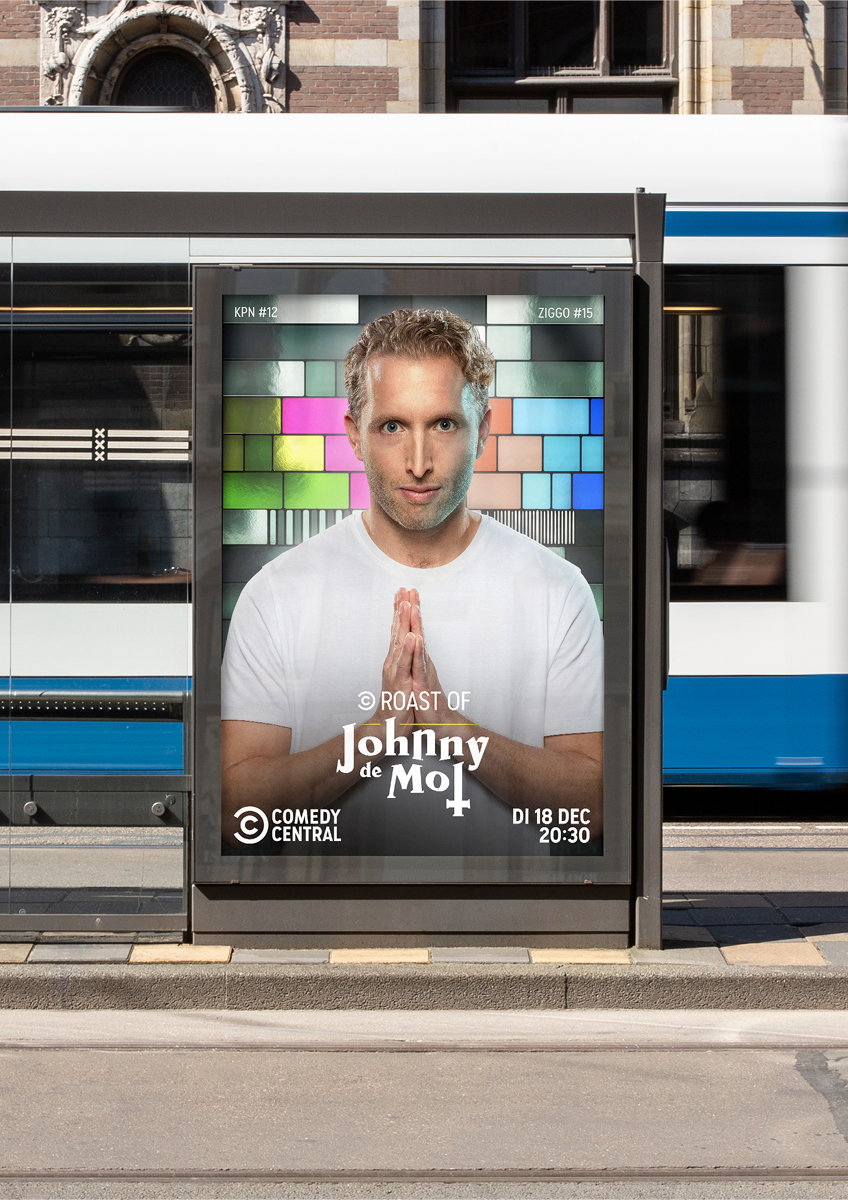 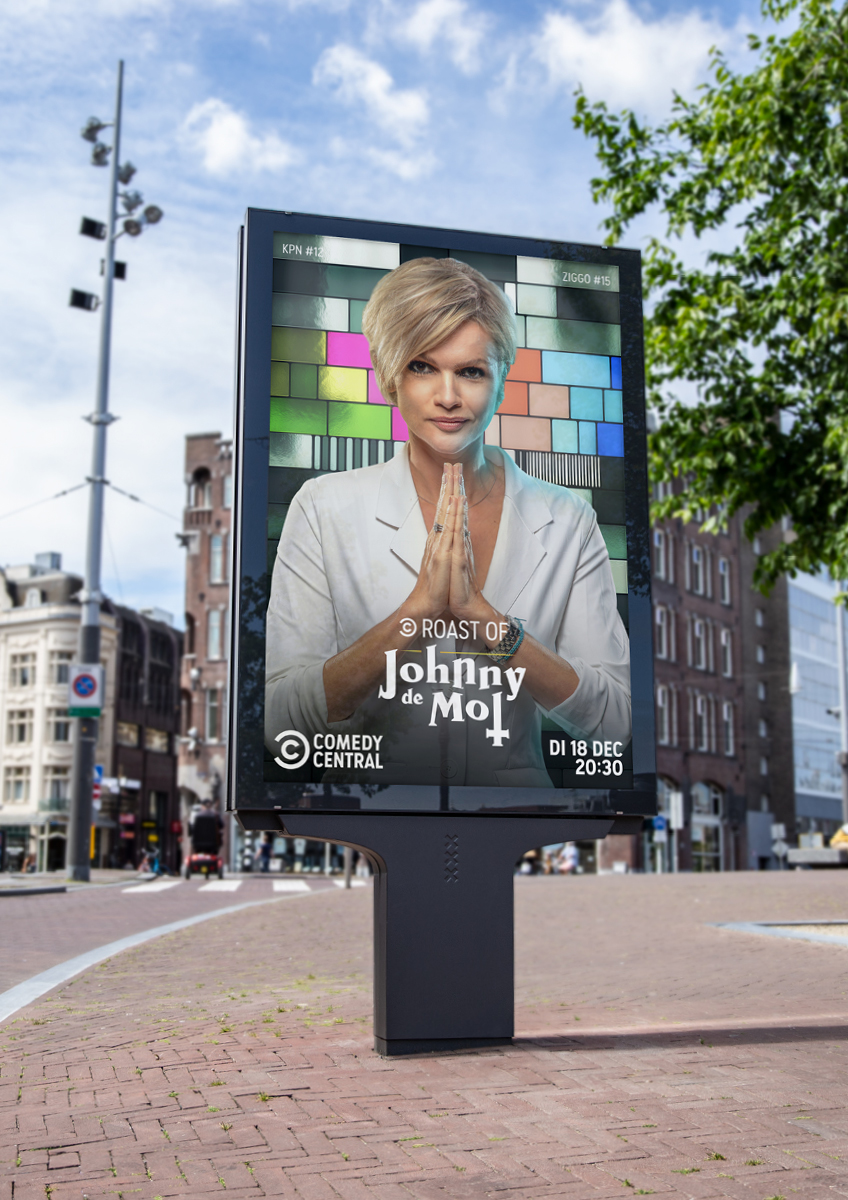 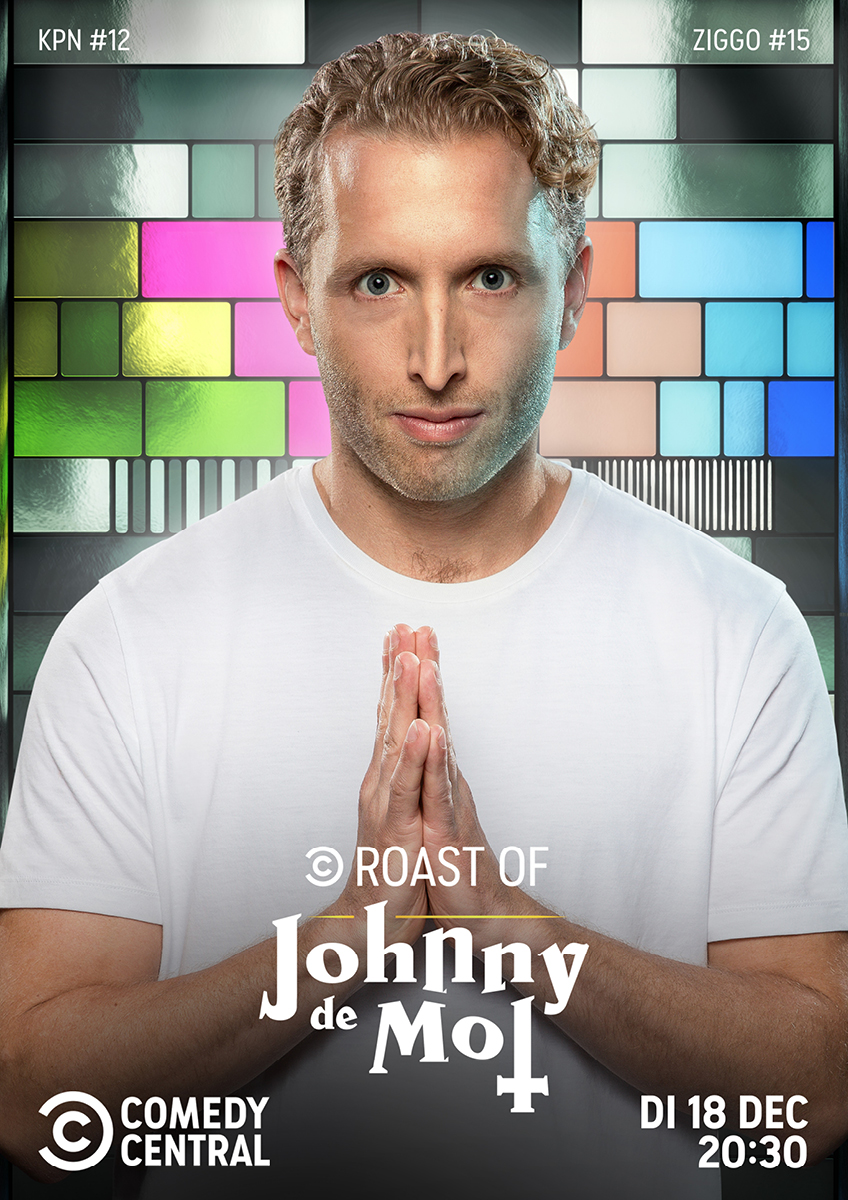 The three images we’ve shot per person have had multiple different outputs for promotion as well as stage dressing and transitions during an introduction of a roaster during the show. The screen in the background is programmed to display different people throughout this year's episode. For this campaign we photographed Najib Amhali, Peter Pannekoek, Danny Froger, Tooske Ragas, Tatum Dagelet, Jeroom Snelders and Ruben van Zwieten. 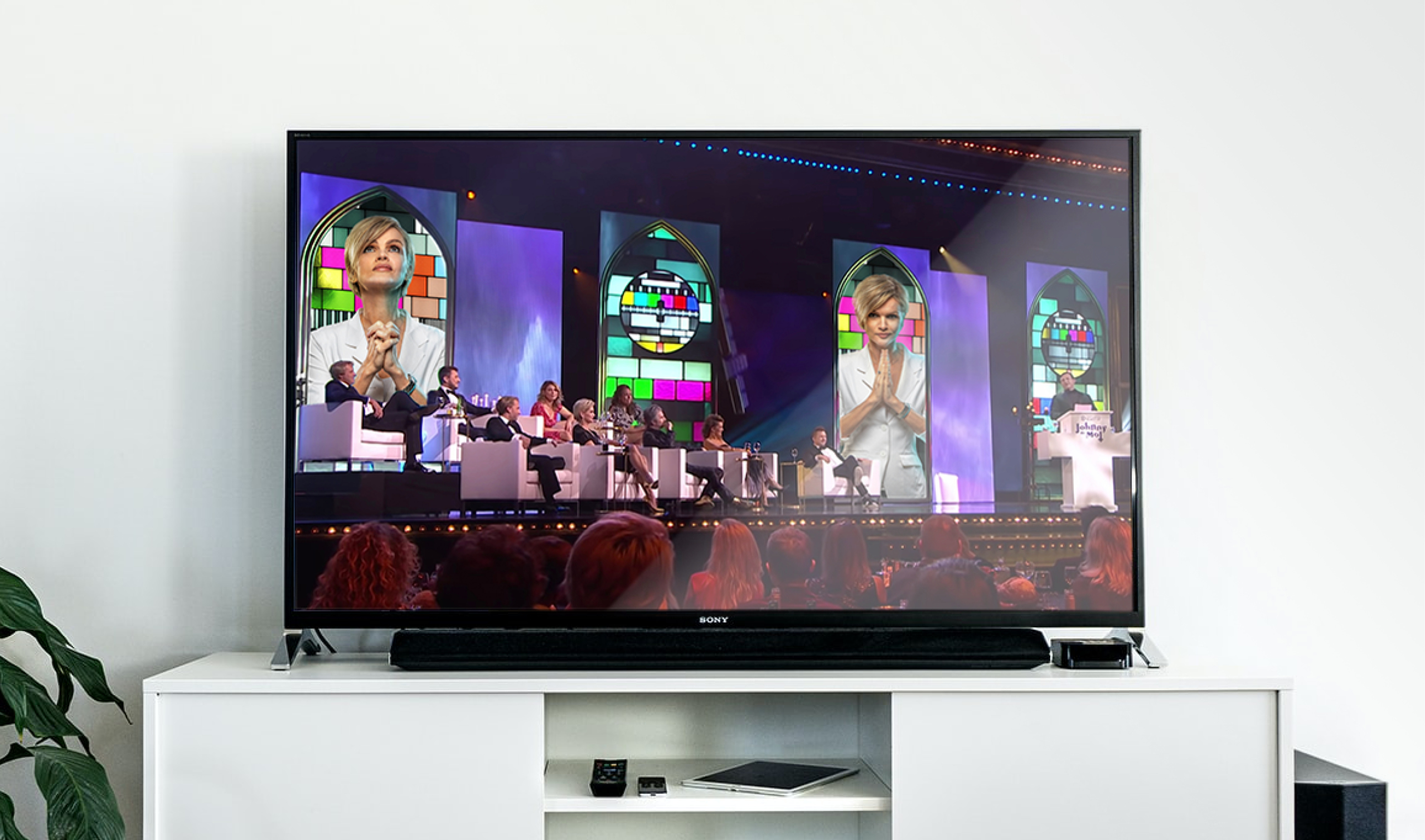 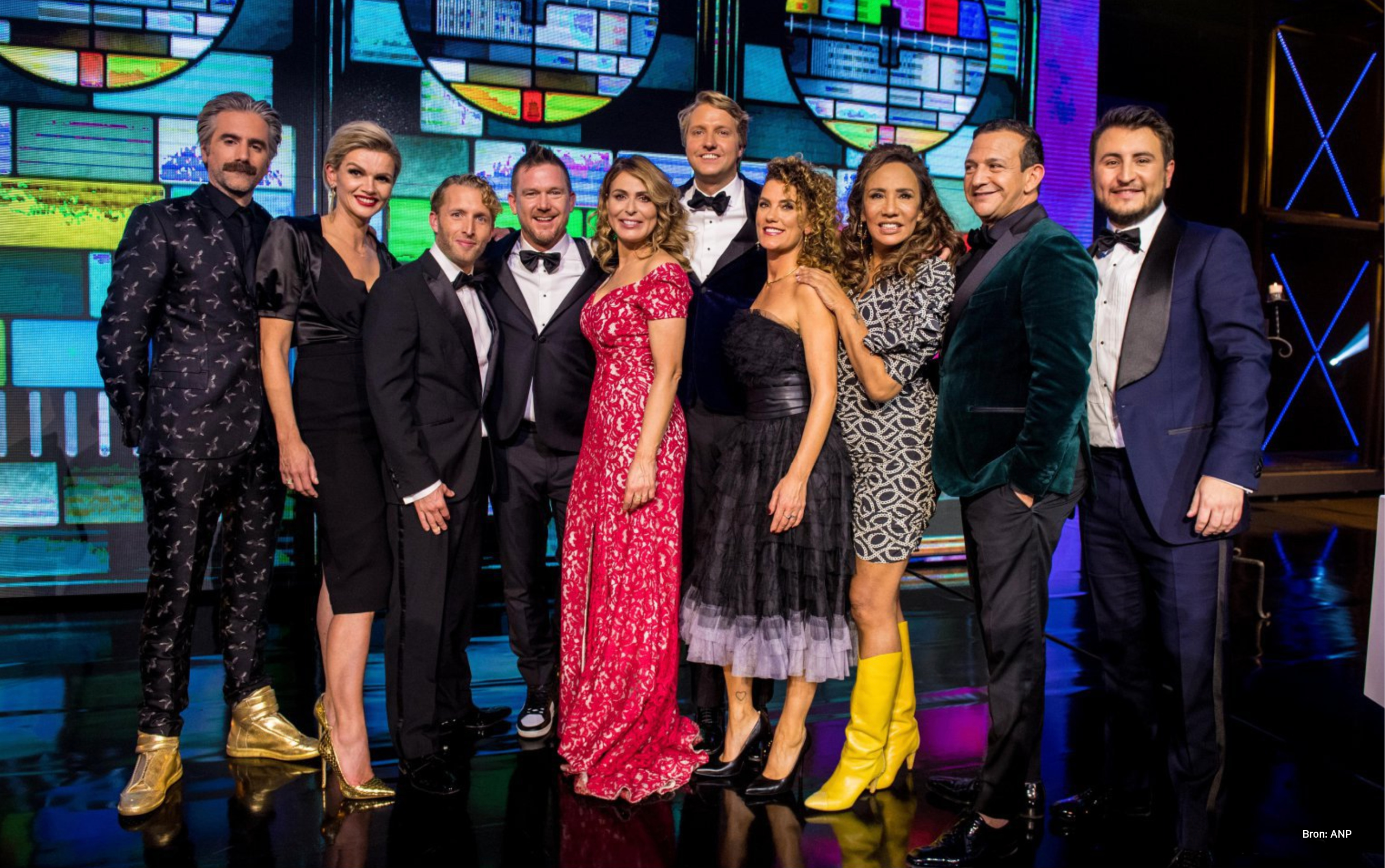