IgBeLi
Thank you! Your submission has been received!
Oops! Something went wrong while submitting the form.
Get in touch.

Team Kops is an eight-part documentary series on SPIKE TV about wrestling legend and martial arts pioneer Bert Kops, he is the arena and pivot in the docu series and get to know his entourage.
‍
In addition to the great Bellator MMA athletes such as Gegard Mousasi and Costello van Steenis, there are also well-known Dutch people, including Douwe Bob, Henk Schiffmacher and Giel Beelen. The passion, the fighting spirit, the pain and the perseverance are central to the show. 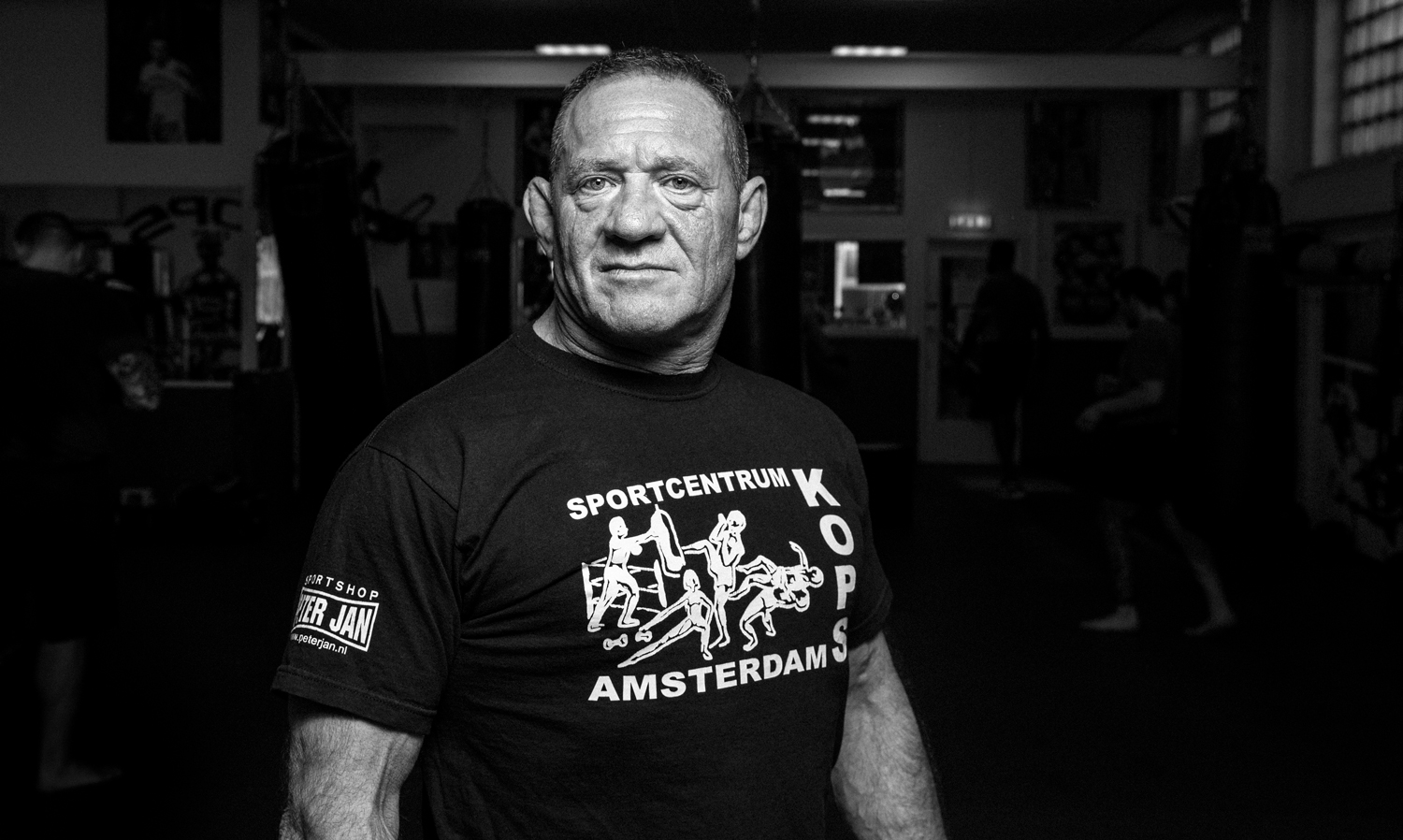 Bert guides boys and girls on their way to their ultimate dream, where they work hard to become champions! Viacom CBS (consisting of global brands like Paramount, Comedy Central, MTV and Nickelodeon) asked us to produce a key-art for this tv-show.

We made pictures of all the fighters and characters participating in different episodes in various gyms in The Netherlands. By removing the background of these images we create separate puzzle pieces to make new compositions with, scalable to different barter dimensions (form Facebook banners to newspapers).

To produce a dynamic effect, we’ve created two separate images to give us more possibilities in dynamic end results. So we can show Bert Kops with all his athletes, alone or with one of his talents (to promote a specific episode or tune-in). We had lots of fun designing an on-brand visual with multiple elements like EPG’s, Tune-ins, program logo and company logo. Now design and create concepts for Spike’s social media channels, photographed multiple other program Key-Arts and have a solid work relation with Viacom CBS . 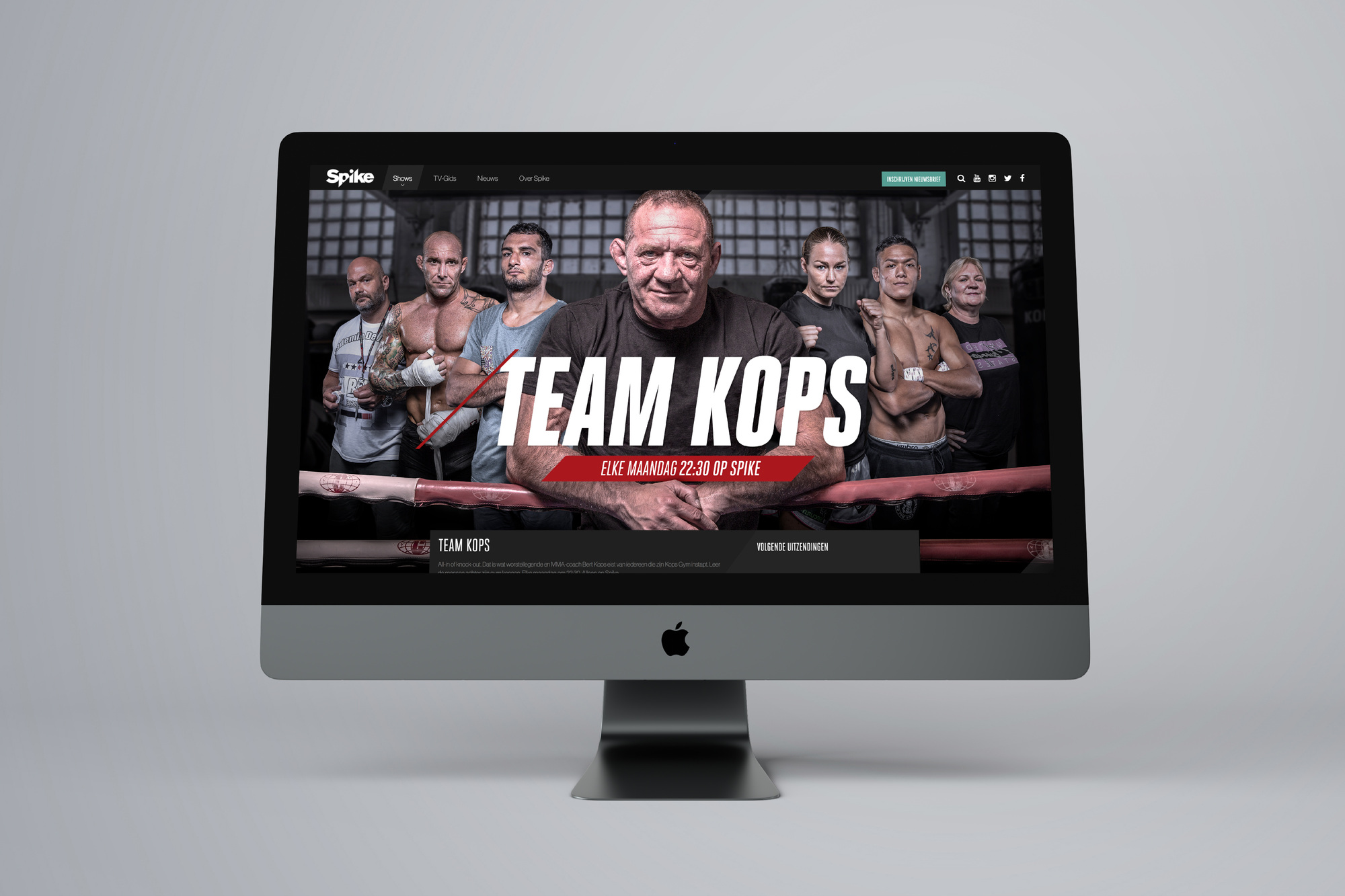 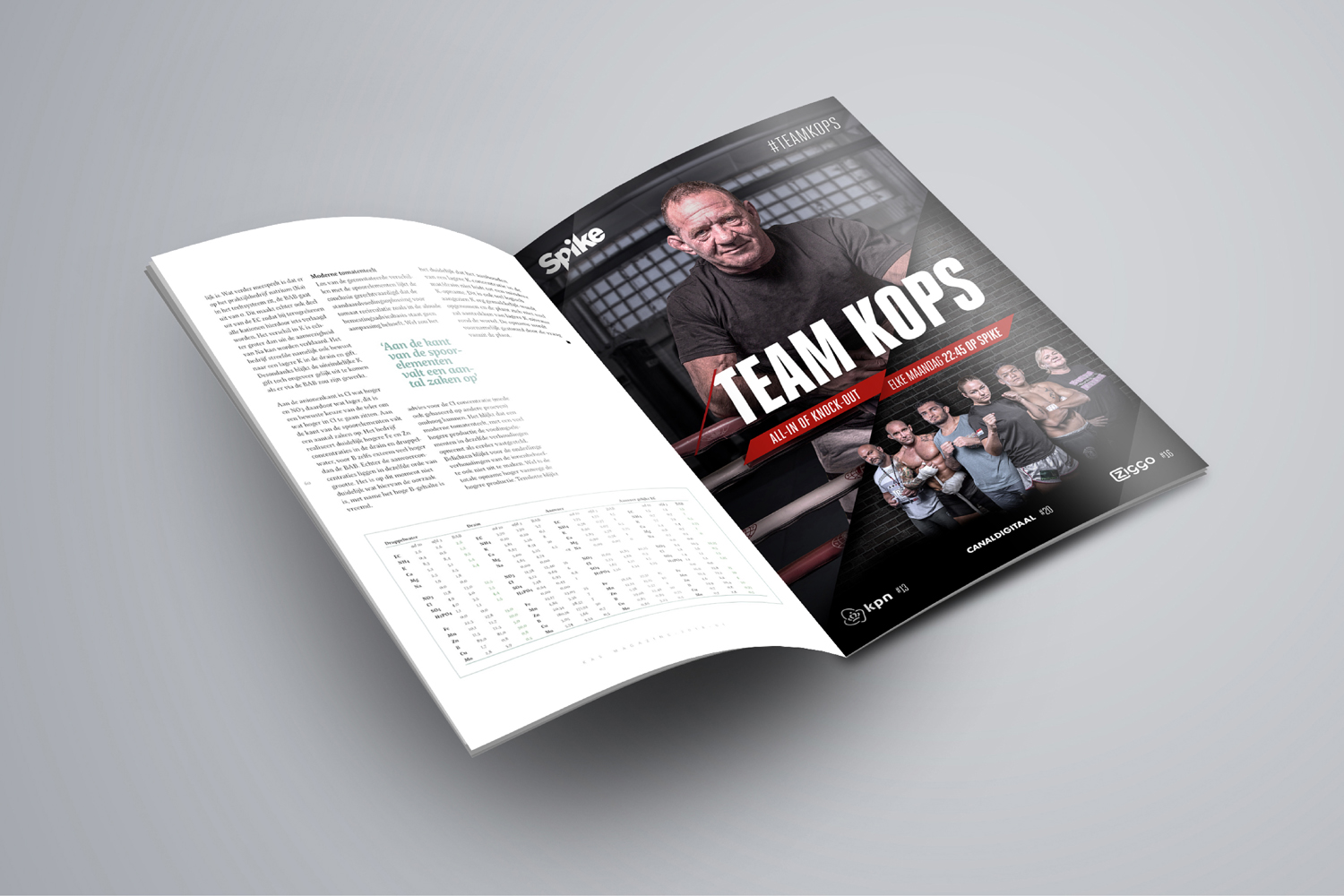 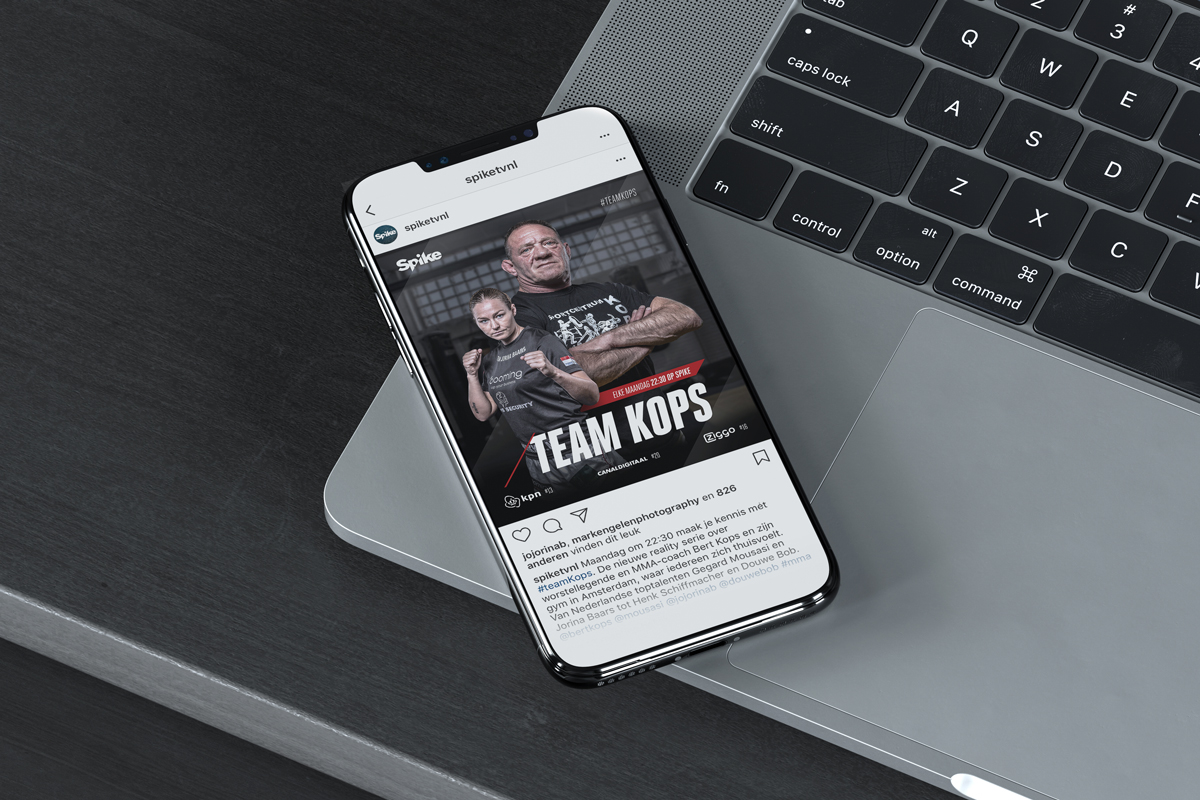 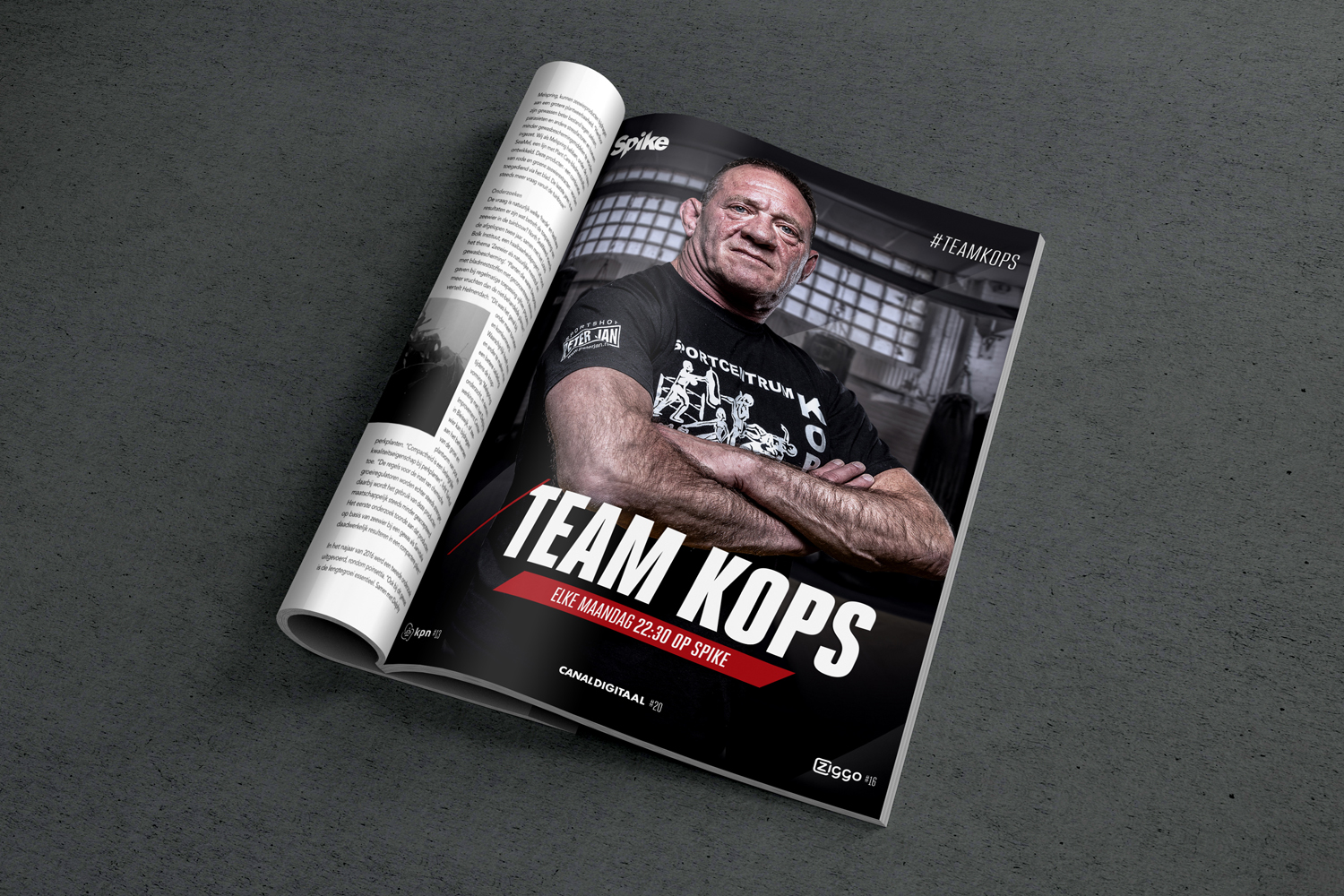 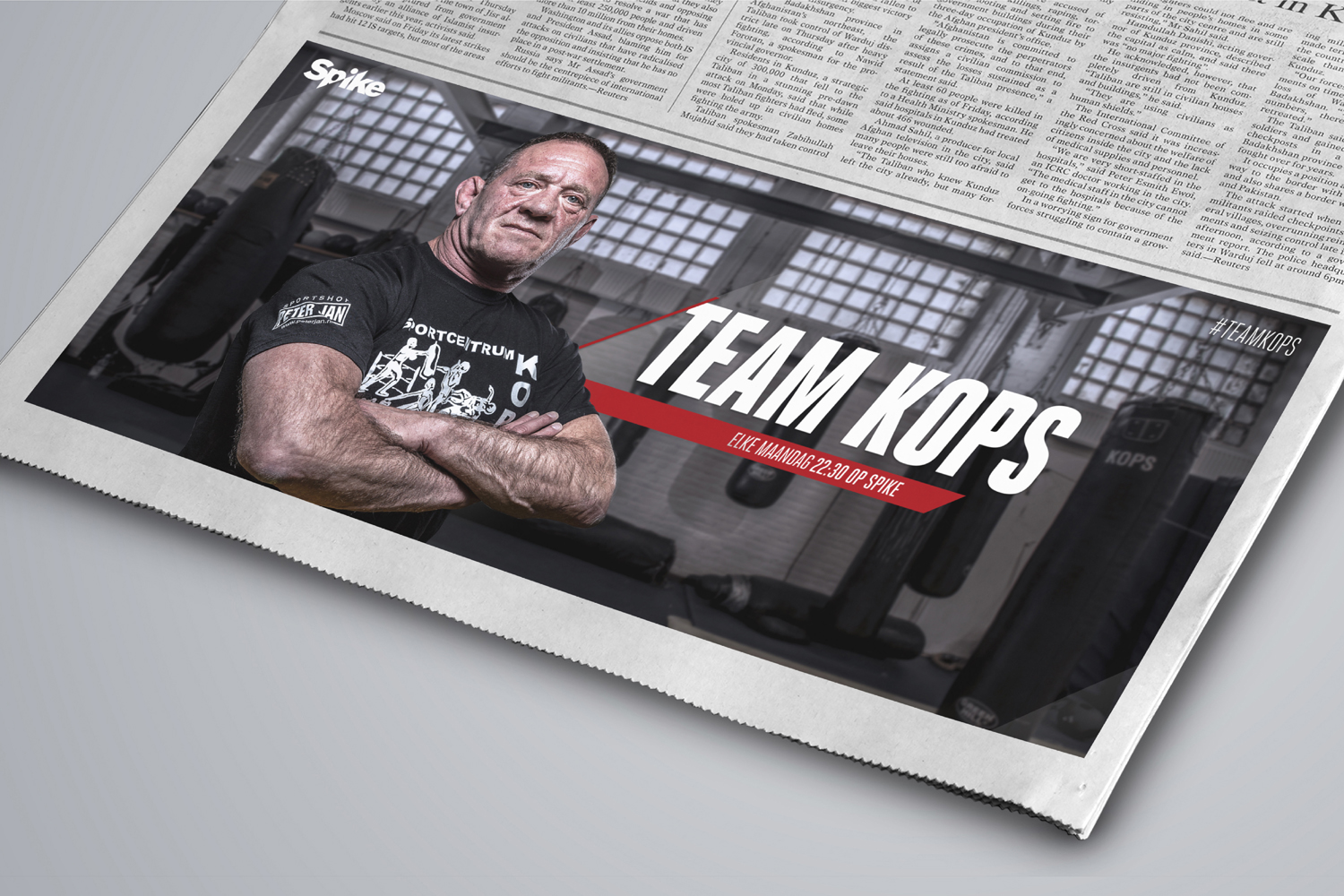 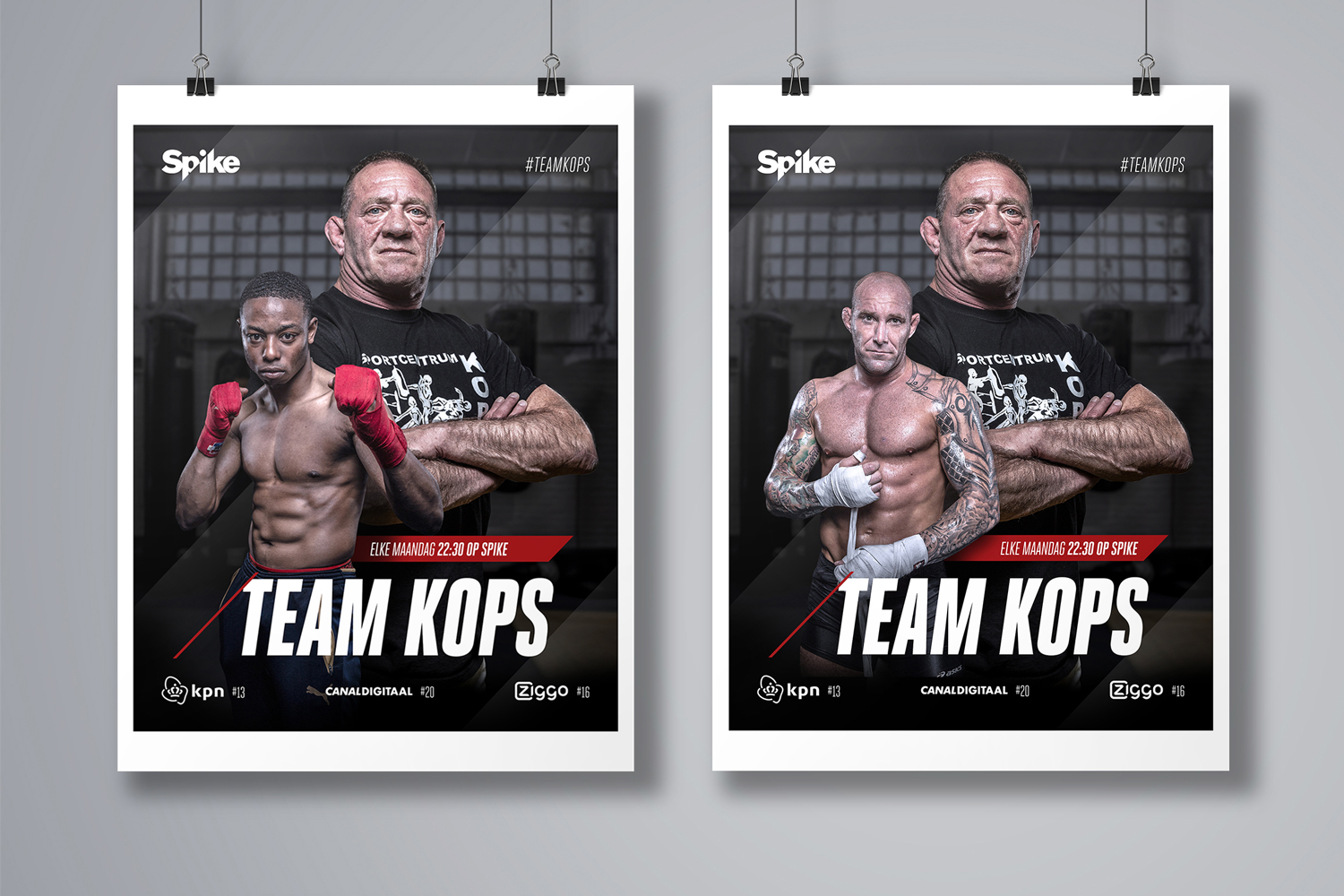 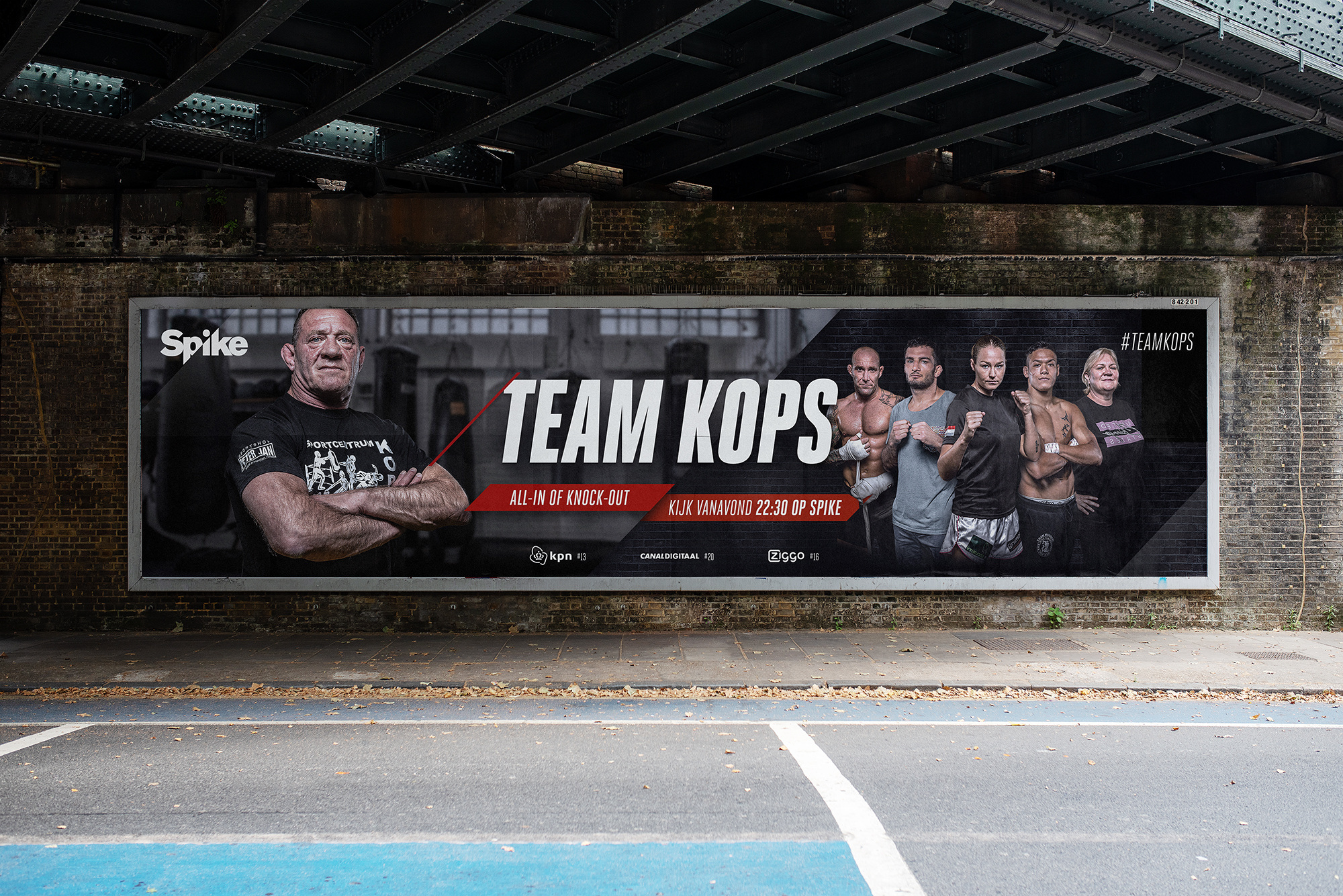 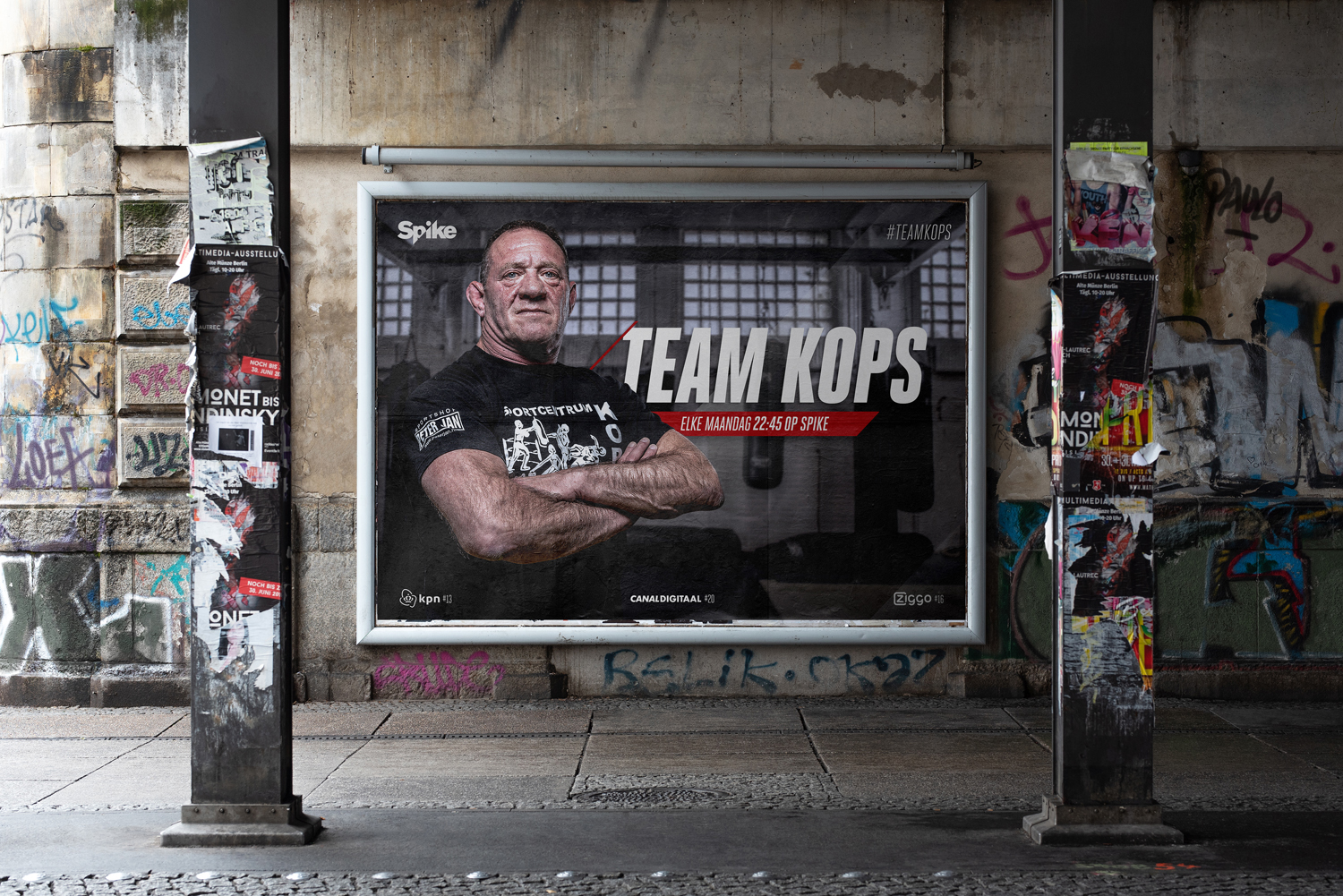 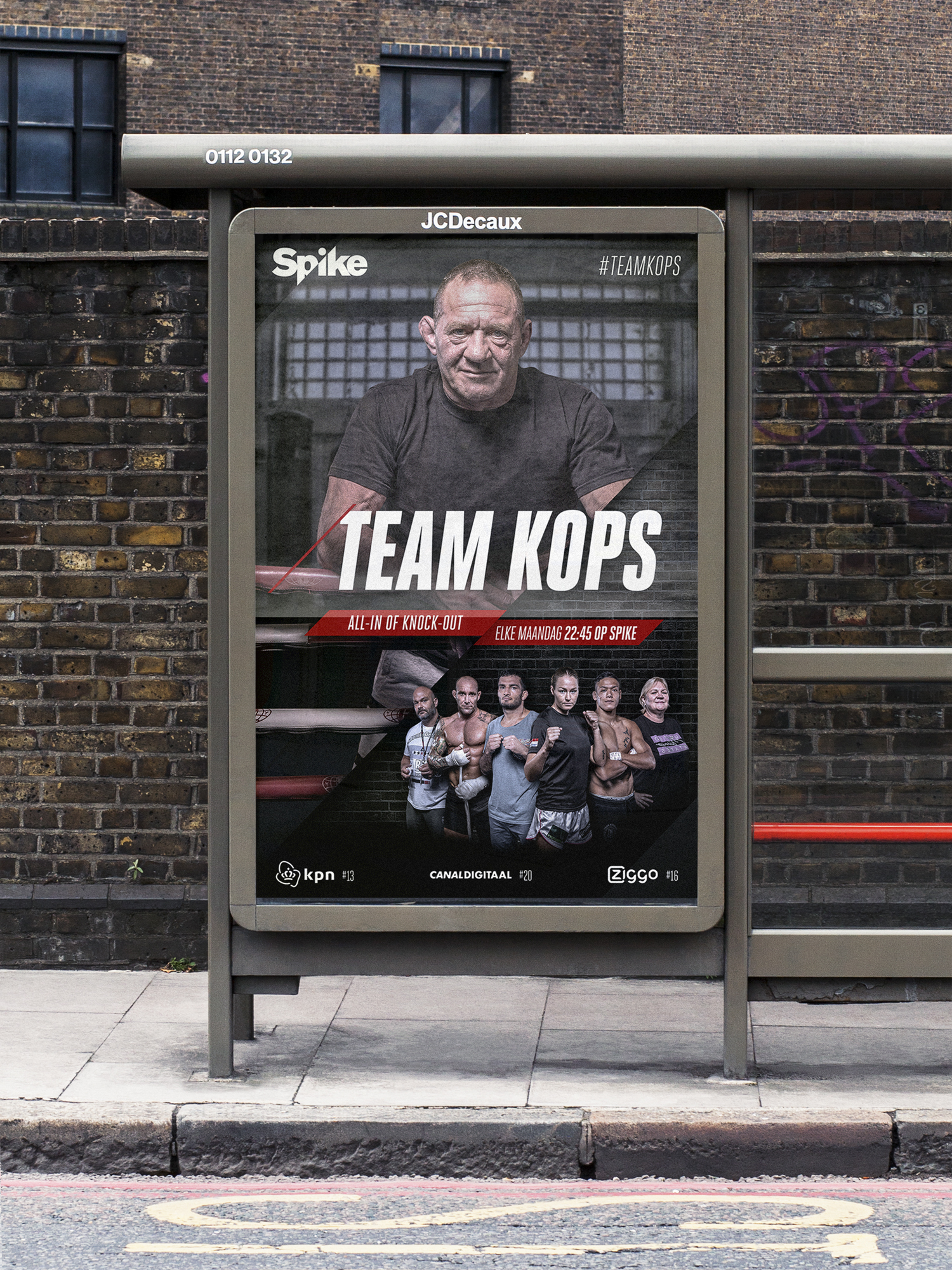 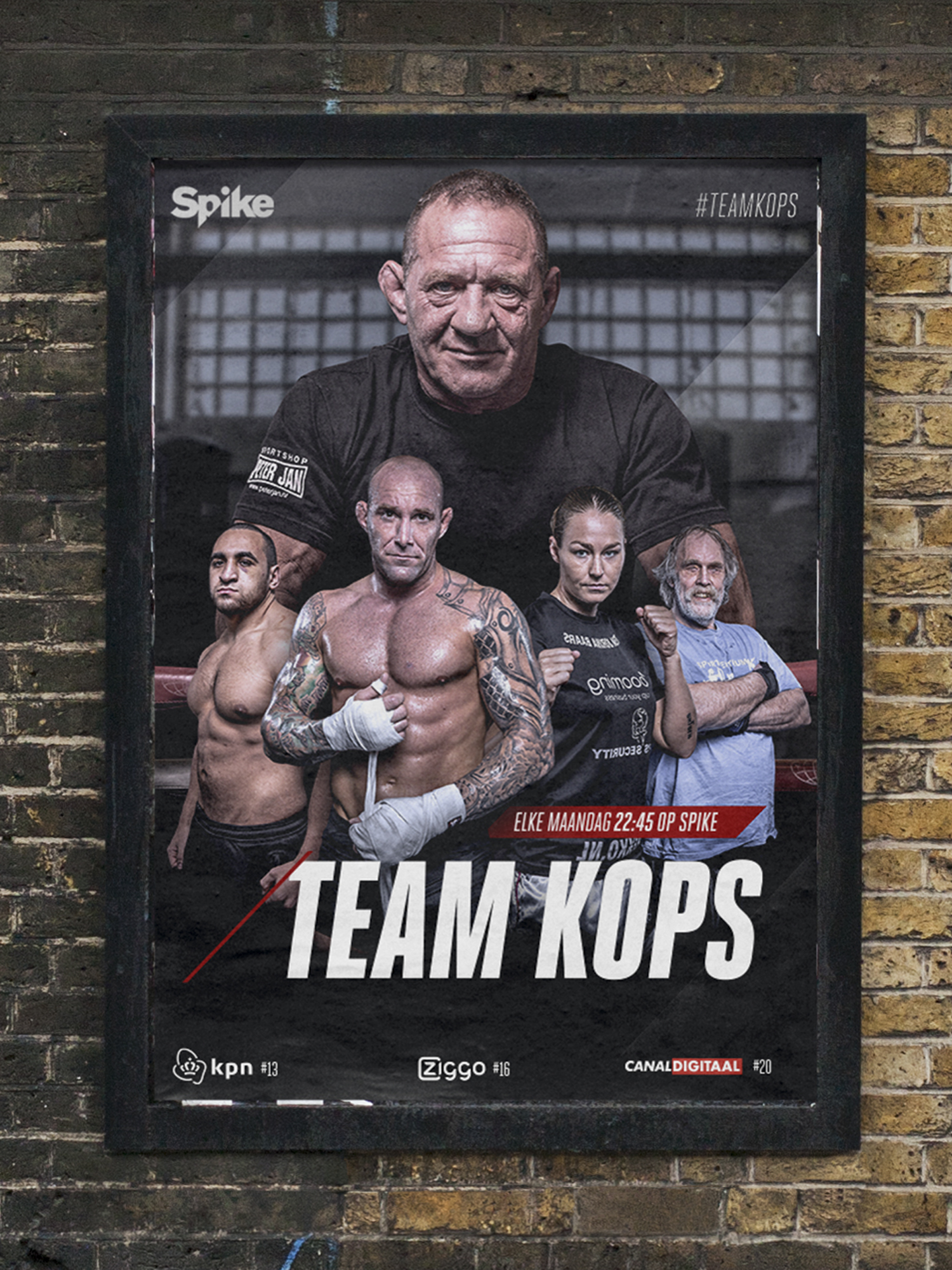 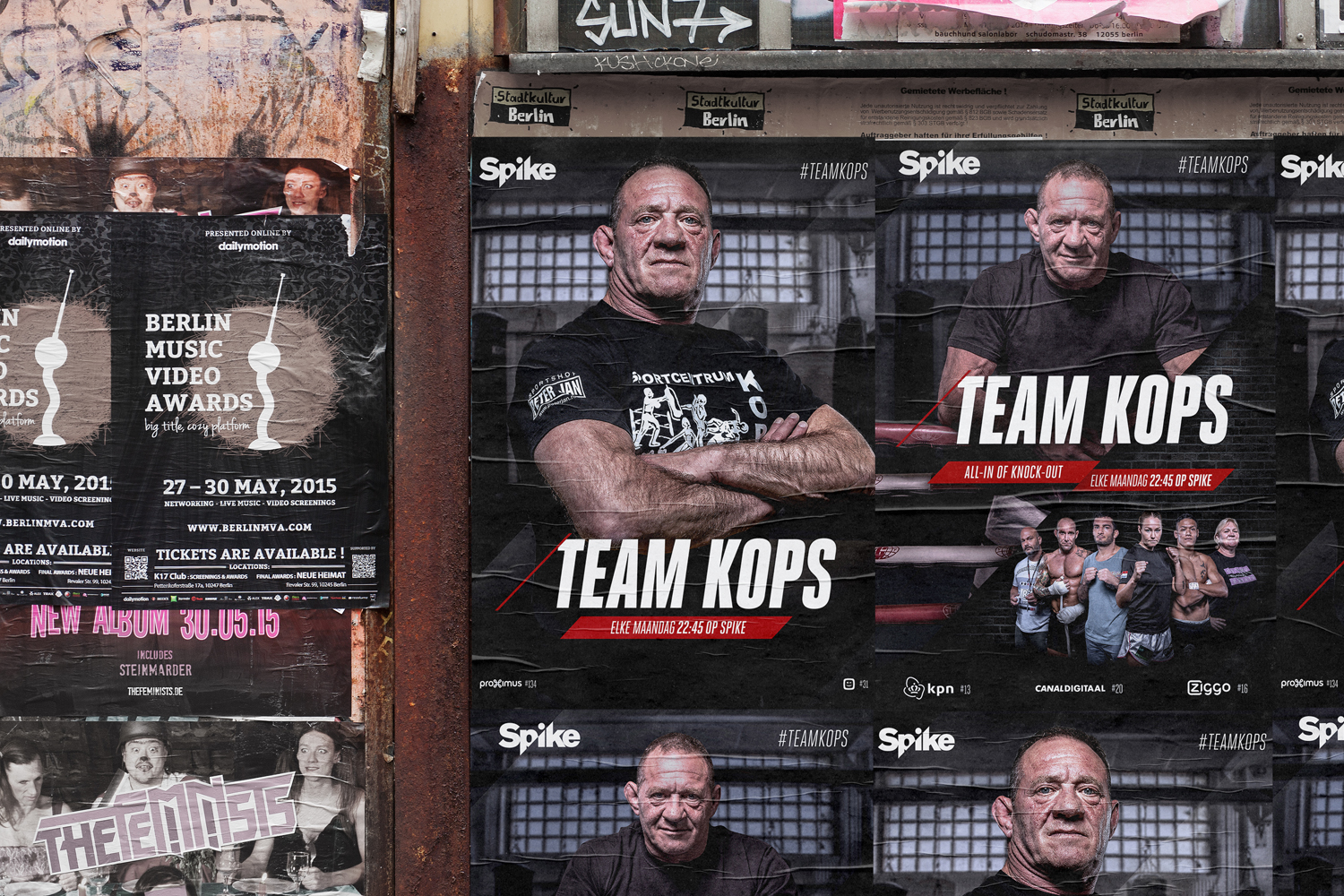 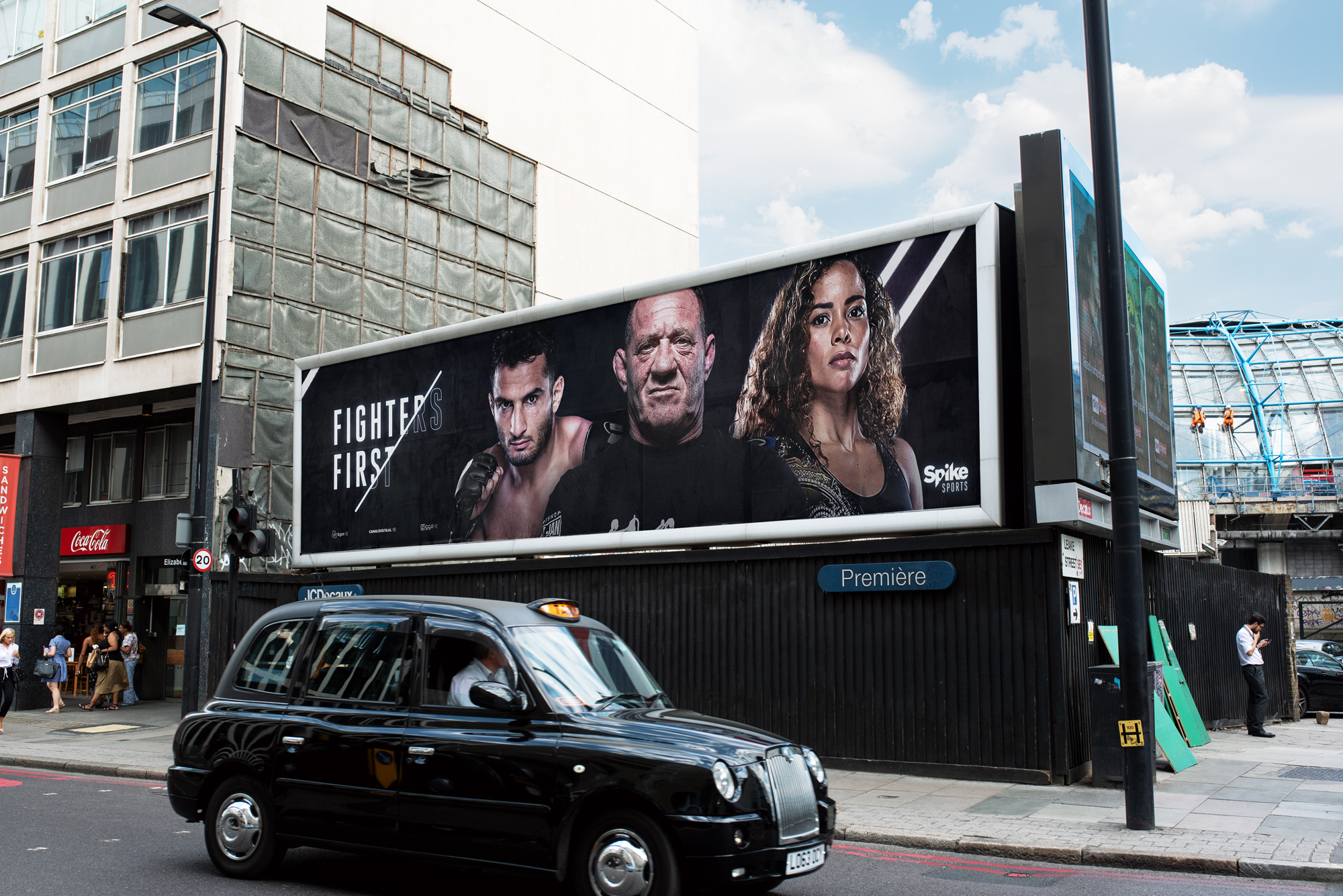